8 Ohio Museums Worth the Trip

No matter your preference, in every corner of Ohio, there’s a museum that will piques your interest. We are bringing you a list of some of the best Ohio museums to check out year-round.

Forty-three years after a group of men gathered in a Hupmobile dealership in Canton to lay the foundation for what became the National Football League, the game’s Hall of Fame opened. It’s only gotten bigger and better since, with artifacts from the game’s early days to modern multimedia presentations. The Hall of Fame and adjacent stadium are a hub of activity every August for the annual induction and Hall of Fame Game, which kicks off the NFL preseason.

Until 2018, there was no national museum honoring all United States Veterans until 2018 when the NVMM opened in Columbus. This museum is unique in that it showcases personal stories of veterans and their loved ones throughout the museum. An architectural wonder, the building is located along the scenic Scioto River with views of the Columbus skyline.

As Huey Lewis put it, the heart of rock ‘n’ roll is still beating in Cleveland. The I.M. Pei-designed building on the lakefront downtown shows rock’s roots in blues, jazz and even country music, and the journey it’s taken since. Every other year, Cleveland hosts the Hall of Fame induction – keep a lookout for 2020 dates!

In 1919, Joseph Butler opened a museum across the street from his home to show off his growing collection. Today, the collection spans thousands of pieces, from early American art to the most contemporary works. 2019 marks the museum’s 100th anniversary – stay tuned for special events and exhibitions.

Fresh off a $228 million restoration, the center includes something for everyone, with the Cincinnati History Museum, the Duke Energy Children’s Museum and the Museum of Natural History and Science. Built as an Art Deco train station in the 1930s, the building’s enormous rotunda also had murals depicting various scenes in Ohio history.

In 2014, the museum, formerly in Vermilion, moved into a vast new facility on the bank of the Maumee River, not far from downtown Toledo. The museum details the rise of the Great Lakes, from their origins following an ice age to their strategic importance in wartime and peacetime. The nearby James M. Schoonmaker also shows just how enormous the boats that sail the Great Lakes are – and have to be.

It’s really easy for science to be intimidating, but the joy of COSI is that the museum makes it easily accessible – and not just for kids. Due to a new partnership with the American Museum of Natural History, COSI is home to exclusive rotating exhibits for everyone to enjoy.

The entirety of aviation history can be found in the aircraft on display, from the Memphis Belle which made is Ohio debut in May of 2018, to Air Force One, as well as early spacecraft you can board and explore.

Ohio museums are full of history, art, science and more making them the perfect place to make lasting memories with the ones who mean the most to you.

For more arts and culture, Find It Here on Ohio.org. 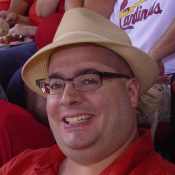