Beat the Heat with a Movie or Show this Summer

Summer means warmer temperatures, and there’s no better way to escape the heat than with some indoor entertainment at an iconic historic theater in Ohio.

Here are our top picks for how to get a little history while enjoying your next trip to the theater! Art meets history on Main Street at the Drexel Movie Theatre in Bexley, Ohio. Generations of operation have made this small community theater a beacon of cinematic history in central Ohio. At the Drexel, you can find anything from independent films to blockbuster new releases. Be sure to attend one of their hosted events including film festivals, special showings of nostalgic movies and more. The Summer Kids Series ends this weekend with Trolls. Newark’s Downtown Historic District lights up with charm and character at the Midland Theater. Since 1928, the Midland has been bringing some of the best entertainment to downtown. After being shuttered in disrepair in the late 70s, Dave Longaberger and The Longaberger Company purchased the theater in 1992. After an eight-year, $8.5 million investment, they turned the theater over to The Newark Midland Theatre Association to run. Thanks to the Ohio Arts Council, the theater has recently undergone additional restoration making the Midland a small-town gem hosting community events, live music, comedy nights and more. Open since 1915, the Athena in Athens has imprinted its old-town charm on the southeast. As one of the oldest theaters in the United States, the Athena boasts Mary Pickford’s “Cinderella” as its first film shown with an admission cost of 10 cents. Today, the Athena is operated by the College of Fine Arts at Ohio University as a three-screen, art house theater staffed by students. Get out and enjoy their Beat the Heat $2 Days, a summer movie series for children and families (including kids at heart) on Saturday afternoons that benefits Southeast Ohio Youth Mentoring (formerly Big Brothers, Big Sisters of Athens County). Don’t overlook their locally sourced concessions. Known as “America’s oldest continuously operating theater” the Majestic has been screening into the hearts of film fans since 1853. This restored Masonic Opera House offers live comedy, movie nights for the kids and entertainment to fill the rest of your summer with Ohio-made fun. Visit The Holland Theatre in Bellefontaine this summer – the only Dutch-style atmospheric theater in the United States. Architect Peter Hulsken designed the theater auditorium to mirror a 17th-century Dutch cityscape of known buildings including his family home. Get a full dose of nostalgia at their upcoming Frank Sinatra tribute performance or plan your trip during a showing from the children’s theater.

History meets entertainment in Ohio so get out there and explore these small-town charms this summer! 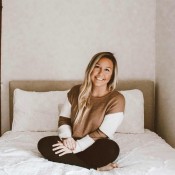