From Cincinnati to Cleveland, Toledo to Akron, Ohio’s craft breweries brew up the flavors of the season.

A good Christmas ale or winter warmer really embodies the flavors of the season: rich, warming, sweet and a little bit spicy. Nothing beats sitting by the fire, eating a family dinner, or gathering with friends while sipping on a Christmas ale.

During the late fall and winter, Ohio beer aficionados (or even newbies to beer) seek out those seasonal brews. Many Ohio breweries have carved a niche nationally with their holiday offerings. Here’s a highlight of seven signature Ohio Christmas ales: “Hi, Thirsty, I’m dad.” Cue up all the dad jokes when you crack open Rhinegeist’s seasonal hoppy holiday ale. Clad in your dad’s favorite flannel shirt, this Christmas ale makes its annual appearance in November and December, on tap and in canned six-packs all around the state. The deep and toasty malt bill is offset by a generous portion of rich, piney hops. The beer’s release is celebrated with an annual Dad Day in early December at the Cincinnati taproom.

This year marks the 27th time that Barley’s has brewed their beloved Christmas ale. The first tapping of the beer – usually 2-3 weeks before Thanksgiving – is always a big event, complete with live music, drink specials and even local celebrities to help crack the kegs. And there’s good reason to gather for it: the clear, amber-colored ale is seasoned with orange zest, fresh ginger, whole cinnamon sticks and organic honey. Columbus Brewing Company’s entry to the holiday category is an amber ale. As the name implies, it leans heavily into Citra hops, which impart bold notes of citrus and tropical fruits, from mango and grapefruit to orange and lime. The fruity aromas and flavors are balanced out by a deep, malty center. In addition to the distribution in Ohio, you can now get Citra Noel directly from the source at CBC’s new taproom on Columbus’ west side.

Hoppin’ Frog in Akron has carved out a niche with their amphibian-themed beers sold in 22-ounce bombers. Their iconic frog takes on many forms throughout the year, from the Frog’s Hollow double pumpkin ale to the B.O.R.I.S. the Crusher oatmeal imperial stout. From October to December, he appears on bottles of the malty and spicy Frosted Frog Christmas ale. For an added oomph, the brewery also crafts a barrel-aged version of the ale.

Another popular Ohio Christmas ale is Thirsty Dog’s 12 Dogs of Christmas, noted for its label of a red truck wrapped in Christmas lights. 12 Dogs makes its debut mid-October and sticks around through the end of December. It’s spiced with honey, ginger, nutmeg, cinnamon and “Santa’s secret recipe.”

Toledo’s Maumee Bay Brewing is housed in an historic brick building close to the riverfront. From there they craft a collection of fun-to-drink beers, including the Blitzen Holiday Ale that comes dashing and prancing from October through December. The brewmasters balance sweet and roasty flavors by using darker malts plus a generous amount of honey, then they give it a zesty finish with the addition of orange and cinnamon. They even release a boozy, amped-up version called Über Blitzen, too. Perhaps the most recognizable winter warmer from Ohio is Great Lakes Brewing Company’s Christmas ale. For many beer drinkers, the season officially starts when the bottle, with its recognizable train car filled with red ornaments on the label, hits the shelves. The rich, copper-colored brew gets its signature sweet kick from honey, cinnamon and ginger. 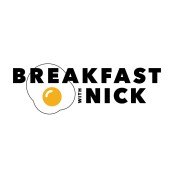