Choose your adventure at this natural wonderland

Driving down into Mohican State Park on a Friday afternoon, my husband and I decided against the main highways out of Cleveland, opting instead for the meandering routes through Ohio farm country. As we’d crested a hill or went around a curve, I’d find myself saying, “That’s just gorgeous,” thinking the view couldn’t get any better.

Happy birthday to a very very good human!!! I like you more than I like your truck and that's really saying something! West Virginia will be lucky to have ya!!!

Although we hadn’t planned it, we were following the setting sun the whole way, which cast dramatic shadows and highlights on the trees – making the green leaves deeper and the yellow ones seemingly pulsing with color.

For our first stop we went to dinner at the Historic Malabar Farm Restaurant, which seemed fitting after traveling through the farm fields.

I could easily recommend my main dish – Eggplant Parmesan, using fresh, local eggplant perched on house-made pasta and coated in a chunky marinara – but my suggestion is to order the fried mushrooms. I begrudgingly let my husband choose our appetizer (I favored the crab cakes). I’m so glad I let him win out. We counted at least four different types of mushrooms that were coated and crisped until golden, served alongside a creamy horseradish. My husband won out again for dessert — the waiter talking him into the carrot cake. Again, I was happily surprised to dive into the thick slice of cinnamon and nutmeg soaked cake that had a generous slathering of cream cheese frosting.

We plotted out our travels for the next day on the 10-minute drive from the restaurant to the Mohican Lodge and Conference Center. The lodge lies on a sliver of the state park, which juts into Pleasant Hill Lake. We took a nighttime walk around the property, where you can see the lights from Pleasant Hill Lake Park just across the way.

What you gonna do with all that love in your heart?🌲⛺️ Last night’s Sunset in reverse🌞🌅💚 Lucky to work in a place where one can commune with nature on a daily basis 😊

The lodge showcases their art gallery of views courtesy of Mother Nature with wall-to-ceiling windows in the main restaurant. That’s where we started our morning to fuel up for a full day. I tried to keep my meal to the basics – eggs and bacon, but if they have out any pastries, well, I’d suggest trying at least one.

We programmed in the route to Tree Frog Canopy Tours into our smartphone GPS to cut right through the state park. The 30-minute trip lasted almost 40 as we missed a turn and ended up on the aptly named “Big Hill Road” – really a dirt path that seemed more geared toward off-road vehicles versus our sedan.

When we arrived at Tree Frog we saw our mistake – literally – the newly paved Wally Road would have been a much faster, easier trek.

Tree Frog keeps zipline groups small so there’s less waiting on the platforms between zips and you have a more personalized experience. Our group of seven included 3 women celebrating someone’s birthday (we sang to her as she was suspended in mid-rappel) and a couple on a wedding anniversary getaway.

Sailing through the trees on the zipline felt like the closest you could get to flying without jumping out of an airplane. At each of the 7 zips, our guides would issue some sort of challenge, like yelling out “Cannonball,” as we went. On the platforms they’d quiz us on the geology of what we were seeing, like the types of trees. Then, they’d tell corny jokes before sending us off on another zip.

We took our guides advice and ordered lunch from a local gas station, called Stake’s Shortstop – yes gas station – that offers some of the best, hot sandwiches around (you might give the ‘trail bologna’ a try, we were told it’s a favorite from Amish country).

Ready for our next adventure, we opted for our own kayaks from Mohican Adventures, which is hard to miss just off the main road near the far northeastern corner of Mohican State Park. This late in the season, we found the water was fairly shallow, meaning we had more of a workout to propel ourselves down the 7-mile journey. We took plenty of breaks along the way, deciding the next time we came, we’d bring our lunch with us to eat at a stop along the river (there are several).

I appreciated that the trip only went one way – there are folks from Mohican Adventures waiting to bring in the kayaks as you exit the river and they bring you back to your car in a big school bus.

We weren’t quite done exploring. I had a long list of hikes I’d planned, but with limited time we decided to pick our must-dos and save the rest for another trip.

Our first stop back in the state park was the Gorge Overlook. Several locals – including our zipline guides – recommended it. The valley extends in either direction from the rocky outcropping at the overlook, helping you feel like you’re right in the middle of it.

I started my summer with this beautiful view before starting my final summer of my masters and totally forgot about it until tonight. What a beautiful world we live in. #mohicanstatepark

We’d also heard the not-to-miss spot was the fire tower. Rising 80 feet into the air, you’ll note that only a few people are supposed to wind their way to the top at a time. A group of 3 was just leaving when we arrived and we ended up having the tower all to ourselves.

Even though I’m afraid of heights I had no problem working my way to the top – I credit the promise of having a 360-degree view of the park above the trees. We took our time at the top taking pictures, looking at the curving landscape, which happened to be framed with a smattering of clouds. On our way home from Mohican State Park, we were already planning our return to explore new trails and sights we couldn’t pack into a single weekend.

Disclosure: Mohican Lodge and Conference Center provided complimentary lodging and Tree Frog Canopy Tours complimentary admission for my husband and me so that we could research this article. I paid for meals, kayak rentals and other incidentals out of my own pocket.

For more active adventures, Find It Here at Ohio.org. 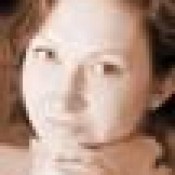