A “wild” time at The Wilds
By Abbey Roy
Ohio. Find It Here. Travel Inspiration

A “wild” time at The Wilds

Southeast Ohio seems an unlikely place to stumble across a crash of rhinos — or even one rhino, for that matter.

Yet one September afternoon we were fortunate enough to see several of them — plus giraffes, cheetahs, zebras and a list of animals whose names I can’t remember — up close from our bus on The Wilds’ Safari Transport tour.

The Wilds is an approximately 14 square-mile conservation facility in Cumberland that’s home to 31 rare and endangered species from around the world. In addition to its well-known safaris, The Wilds also offers conservation and education programs for all ages as well as opportunities for birding, mountain biking, fishing and ziplining, among others. (If that sounds like too much fun for one day, you can stay overnight in a yurt, cabin or lodge.)

For transparency’s sake, I’ll admit we chose the Safari Transport tour because at $20 per adult it was the most inexpensive of the options (our three-year-old was admitted for free). It suited our needs just fine. The Open-Air Safari also looked like it would be loads of fun, however — and if you’re really in the mood to splurge, you can go for the Wildside Tour, in which you travel in a truck with The Wilds staff and feed the animals yourself.

We boarded our bus (unlike the open-air buses, the Safari Transport buses have windows) around 10 a.m. and were one of two young families to depart with a tour guide named Denny.

Denny was a blast. He pretended to be a rhino, I guess so we’d know what a real one would look or sound like if we saw one — which we did.

We appreciated that Denny was full of information about each of the animals we saw and about The Wilds facility. He even had a photo book with close-ups of all the animals we might see on the tour.

We were fortunate to have beautiful weather for our trip — sunny and low 70s. It made for great visibility of the animals. Whenever we came to an animal group, Denny would stop the van so we could move to the proper side to get a better look. Smaller windows at the top of the big viewing windows slid open so we could take pictures.

Sometimes, the animals would wander up close to the buses; others, we just viewed from afar.

There were two stops on the approximately two-hour tour, which came in handy with a restless three-year-old. The first Lake Trail, where you could hike down a short trail to a pond and see geese and catfish (even feed them, if you had a quarter for the machines). The second was at the special viewing area for the cheetahs and other animals in the Mid-Sized Carnivore Conservation Center.

That stop also had a snack bar and tables where you could eat, as well as a walkway that led up to a fenced-in area where we found a few cheetahs taking a snooze. They actually looked up when our daughter meowed at them.

After the tour, we enjoyed lunch outdoors at The Overlook Café and Restaurant. Analeigh couldn’t decide whether her favorite part was the rhinos or the giraffes. But when we took her to the gift shop, she chose a stuffed zebra — so I guess it was a bit of everything. 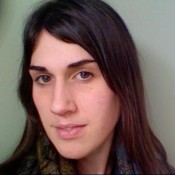