Check Out What’s Percolating in Columbus

Caffeinate your way along the Columbus Coffee Experience Trail

The Columbus Coffee Experience
By Wendy and Mike Pramik
Posted On: March 6, 2020

The Columbus Coffee Experience lets you sample the quality of superior roasted coffee in Ohio’s capital city. On the self-guided tour from Experience Columbus, you get a passport at one of the 17 participating coffee shops. After getting four stamps, you earn a trail T-shirt, and if you fill ‘er up, you can redeem the passport for a travel mug.

While all 17 spots are worth seeking out, check out these seven magnificent stops on this jolting and tasty trail:

Some of the stops along the trail focus as much on baked goods as excellent coffee, and Pistacia Vera is a great example. Pistacia’s German Village location invites customers to savor the wonderfulness of a flaky almond croissant, indulgent chocolate bombe or skillfully executed macaron along with your drink.

The coffee-and-tea list has gotten an upgrade in the past year with new beverage overseer Robin Myers, whose menu now offers creative specialty drinks that rotate by the season.

Tom Griesemer has been roasting beans in Columbus for more than 30 years, and one of Stauf’s six locations is a great choice to launch your coffee trail quest.

Thanks to Griesemer and company president Mark Swanson, Stauf’s has blazed a trail of community spirit and great coffee, offering some 70 types of beans and brews each day at the flagship store in Grandview Heights.

Stauf’s newest shop is inside a former church in the city’s Victorian Village neighborhood near The Ohio State University campus. Designers removed portions of the building’s stained-glass windows and used them for a glass sculpture that hangs above the seating area. “We just love this space,” Griesemer says.

Ever wonder where your coffee came from? You won’t after a visit to One Line Coffee, which links the bean’s source to what’s in the cup.

Founded in 2009 by Mark Forman and his son, Dave, One Line’s mantra is maintaining “one line” between grower and cup. The result for coffee lovers is an extensive line of single-source coffees and specialty brews at two (soon to be three) locations, as well as many restaurants and coffee houses that use One Line’s beans.

Mick Evans, director of retail and education, who joined the company as co-owner in 2013, says the owners make multiple overseas sourcing trips overseas each year. Stop by One Line in the city’s Short North neighborhood for a single-source coffee or something special, such as the “Mulled and Washed,” a decaf Kyoto-style cold brew that’s fat-washed and infused with spice. Café Brioso’s Jeff Davis is another of the city’s longtime specialty roasters, sourcing beans from several foreign co-ops and micro-lots. Thanks to Davis’ talents, Brioso has had a large following downtown and around Columbus as a wholesale supplier of stores and restaurants since 2001.

Recently it’s opened a new location downtown at the corner of Gay and High streets, diagonally opposite its former store. It’s a more modern-looking space than the one it replaced and offers a menu of espresso drinks, and drip and pour-over coffees. The Café Brioso and Coffee Bar is a few blocks away on Long Street. You’ll get more than a caffeine jolt at The Roosevelt Coffeehouse: the feeling of contributing to a worthy cause. Roosevelt owner Kenny Sipes operates the two shops as nonprofits and donates some of the income toward clean water, hunger and human trafficking charities.

Last year Sipes added a store in Franklinton just west of downtown. It’s an airy shop inside the Gravity Project – an office, retail and community space along W. Broad Street. Settle in at the lengthy bar, made from recycled bowling alleys, and order an espresso or pour-over coffee made with house-roasted beans. Central Ohioan Greg Ubert founded Crimson Cup back in 1991, before the craft coffee boom began to percolate. The company has become a leading supplier of and consultant to independent coffee houses, now in more than 30 states. Crimson Cup’s central Ohio Innovation Lab teaches the finer points of coffee to business owners and consumers.

Nearly 30 years of know-how translates seamlessly to the company’s two Columbus-area coffee shops. Stop by in Clintonville or Upper Arlington for a top-shelf latte or cappuccino, or indulge in a single-source pour-over or a sweet frozen coffee. An espresso with activated charcoal alongside sweets at MMELO (credit: Pramik)

MMELO is another stop on the trail where you can find something sweet to go with your coffee. It’s a confectionary where husband-and-wife owners Paul Freeth and Michelle Allen say you can find sweets made as wholesomely as possible – no refined ingredients, such as high-fructose corn syrup.

They serve coffee that’s ethically sourced, as prepared by Java Central roasters of suburban Westerville. The owners say the medium dark roast complements the candy. Or, try a latte, cortado or something more special, such as a double espresso with activated charcoal.

For more food and coffee experiences, check out #OhioFindItHere at Ohio.org.

About the Author
Wendy and Mike Pramik

Wendy and Mike Pramik are writers from Columbus, Ohio. Their favorite topic is travel, and they enjoy sharing stories about the many adventures they take with their two children, Rosie and Max. 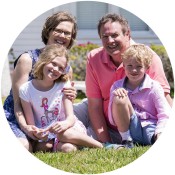