Mummies of the World – at the Cincinnati Museum Center
By Terri Weeks
Ohio. Find It Here. Travel Inspiration Southwest Ohio

Mummies of the World – at the Cincinnati Museum Center

When most of us hear the word “mummy,” our minds probably conjure up images of ancient Egypt, but the latest traveling exhibition at the Cincinnati Museum Center will broaden your thinking with mummies from four different continents and many different time periods. While Egyptians were intentional about preserving bodies for burial, mummies from other regions were created accidentally when the process of decay was blocked. When conditions such a lack of oxygen or moisture impede this natural process, mummification occurs.

Two of the mummies on display at the Cincinnati Museum Center were discovered in the crypt of a 14th-century German castle. One of them is Baron von Holz, a 17th-century nobleman. I was intrigued by three mummies from the same family, the Orlovits family, who lived in 18th-century Hungary. They were discovered in 1994 in a long-forgotten church crypt. Although we know on an intellectual level that all mummies were real people, knowing their names and occupations somehow make them feel more real.

The exhibition includes the Burns Collection of medical mummies, dating from the early 19th century, which were used for teaching anatomy. I was surprised to learn that mummies are still of interest to medical researchers today because of the information they provide about tuberculosis, which still causes more than a million deaths each year. An interactive exhibit allows visitors to explore how mummies are being used to study the evolution of tuberculosis.

Mummies of the World has more than just human mummies. The collection also includes animal mummies: a naturally-mummified lizard found in the Sahara desert, a hare from an Alpine glacier, and a cat and a falcon from ancient Egypt.

Of course the creators of this exhibition didn’t leave out ancient Egyptian mummies. There are several of those, along with displays of burial objects. We learned about the scientific methods that are used to analyze the mummies. CT scans and DNA analysis provide researchers with data to learn more about ancient cultures.

Another interesting mummy in the collection is the first modern-day man-made mummy. Mummy of the University of Maryland at Baltimore (MUMAB for short) was created in 1994 by an Egyptologist and an anatomist. They replicated the processes of ancient Egyptians to mummify a donated cadaver.

A couple of the displays feature only heads. While some of the heads were collected as trophies of war, others were preserved as memorials. My kids were fascinated by the collection of shrunken heads. 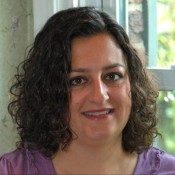 Ohio. Find It Here. Newsletter
Find travel inspiration for your next trip, get the latest Ohio news & find out about great events with our monthly newsletter!
I Believe Part 2
I Believe Part 1
Up to All Of Us
#InThisTogetherOhio
Ohio Holiday Lights Trail