When the hills and valleys of Ohio turn green each June, a part of Ohio’s history wakes up. The story of Tecumseh is re-told, vibrantly re-enacted with the regality of world-reknowned actors, gunfire, horses and Indian headdresses — it’s running now until August 30, 2014.

Each year, the actors must audition for the roles for the next season. This process begins during the winter, when the Tecumseh team travels across the country to hold auditions for non-union actors. For three years now, Stevyn Carmona, from Trinidad, has defended and held his spot as the leading role, Tecumseh. The actors who are selected, and can handle the physical demands of the show, will live in Ohio, at the site of the drama, in cabins for the duration of the summer run.

Tecumseh, the Outdoor Drama, is the story of the Shawnee leader who struggled to defend his homeland. The re-enactment takes place in the hills and cornfields of central Ohio, just outside  of Chillicothe.

There are no neon signs along the fence-post lined roads, and the sounds of the city are far removed. This drama takes place in a landscape that not only appears to be what Ohio looked like when the early settlers came here, but sounds and smells like it might have back then as well.

However, rustic is not a word used to describe the Tecumeh outdoor auditorium. You won’t need a blanket to sit on, because there are quite comfortable auditorium-style seats with armrests. You might need that blanket, anyway, though, to wrap around yourself during the second act, when the sun falls, and the air is chilly. The aisles are clean, the surroundings green, with a canopy from the leaves of towering trees. This is as close to sitting in an outdoor living room as you can get.

You will be tempted to pack a picnic — and you should, because eating your dinner here, in this lush outdoor amphitheater, is a privledge. Drinks (including beer), food, candy and ice cream are available, along with picnic tables for eating.

When the horses come running through the side path, the drama becomes bigger than life. A story is being re-enacted, and the meaning of who is right and who is wrong, is still being worked out in the pages of history, and probably, in the hearts of the actors and all who are there. When the horses run by you, and the gun fire blares, you’ll want to sink down in your seat a little more, to stay out of the way, to watch what happens next. The nosie of the guns is loud — just a warning to those of you with children who are startled.

At the end of the evening, when you leave these Ohio hills, in the dark, you’ll find yourself pondering more than the unanswered question of where Tecumseh truly is buried. 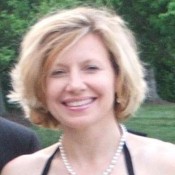